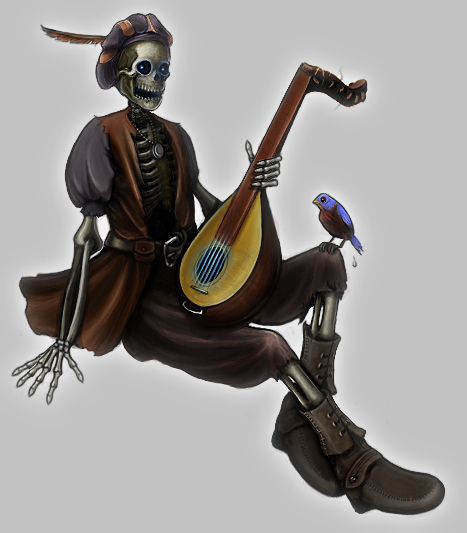 “The Musician’s Murder” takes place in early Winter 1223. Sophia and Francois had 2 seasons of advancement before this story. All other magi/companions can advance for 3-4 seasons before their next story session. 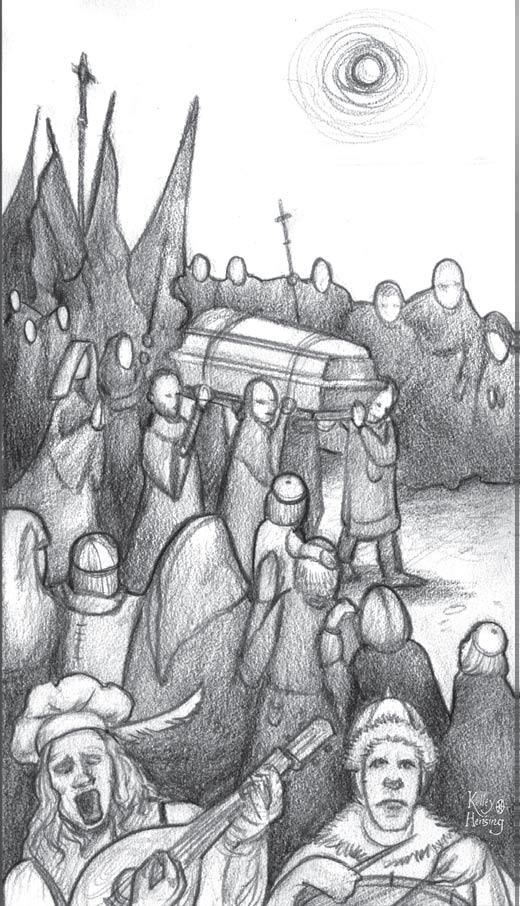 The Musical Mystery Tour stars Redcap Francois Orlon (Aaron), Sophia Trianomae (Adam G), Garrett Trueford (Nick playing Eli’s grog), and Hammish and Seamish (Adam S). They arrived in a village on the way to Buittle Castle where an acquaintance of Francois named Baldwin lived. He was bard for the lords at Buittle Castle and other nobles in the area. Buittle was one of Alan’s keeps, held by his uncle and then father before him. Now it is the primary keep of his daughter and husband Robert Balloil.

The party arrived during Baldwin’s wake! Baldwin was found dead in his home by his wife early one morning. He was clutching his chest, a look of agony on his face and his many instruments were busted up around him. His teen daughter Olivia was also missing.

However, he was not the first to die. A traveling balladeer who had stopped in town to see Baldwin on his way to Sir Phillip’s (a local knight formerly in service to Alan of Galloway) had also been killed a couple of days earlier. His body was found off the path halfway between the village and Phillip’s manor.

As the wake ended, Garrett visited and examined the body of Baldwin, while Francois and Sophia spoke with his widow. Hammish and Seamis have spoken with Gus, a guardsman for Sir Phillip and a good pretty good musician himself. Francois has also spoken to another singer who had a issue with the local priest. The group stayed at an Inn run by a fellow named Otto. In the same inn was also Bartholomew, Baldwin’s friend who arrived shortly before Baldwin died.

The PCs were close to solving the murders of Paul and Baldwin, until Horace was found dead on the Church steps, his head having been smashed against the wall by the door. Everyone looked at Francois as there are few people left who can even carry a tune. However, they found Baldwin’s missing daughter, suffering from some kind of madness. Much of the investigation had to go off without Sophia who was sick in her room following something she ate at Baldwin’s wake. (Don’t eat undercooked haggis if you are from a more civilized country).

Fortunately, a spooky magus arrived having learned that not only people were being killed but large groups of animals. This was Sealgir (“Hunter”) the Bjornaer. He has great tracking skills and was able to cast a spell or two. Mainly he tracked things in his cat form.

One thing we learned is that it really sucks to have blatant gift. As a result, Adam has asked for quick character sheet revision, and we have traded out his blatant gift for study requirement both are major flaws the second reflects his trouble learning easily from books or vis that comes with not being apprenticed in a covenant. 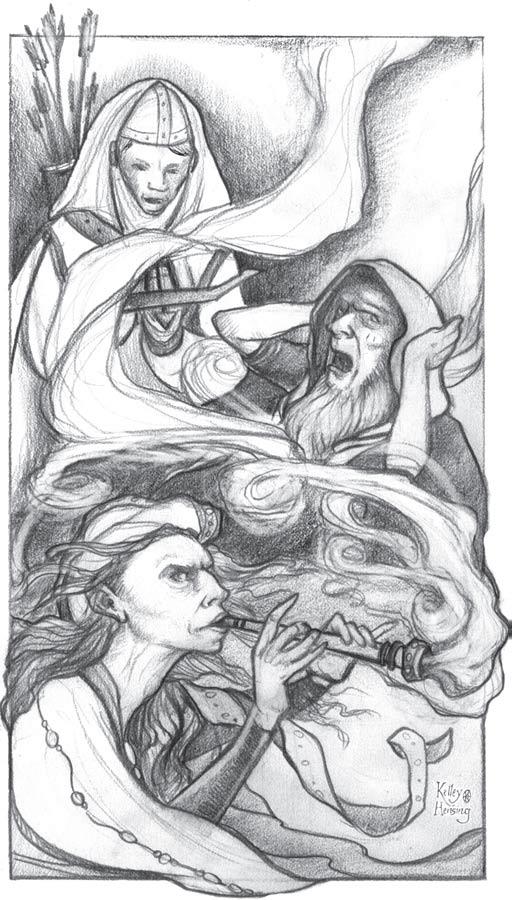 In conclusion, for the Musical Murder Mystery – the following PC’s gain 10 Adventure experience (and a magic ivory flute): Francois and Sealgir. Sophia gets 5 xp because she got sick and missed most of the detectiving. The Grogs will be advanced as part of their annual advancement. There was no special xp awards.